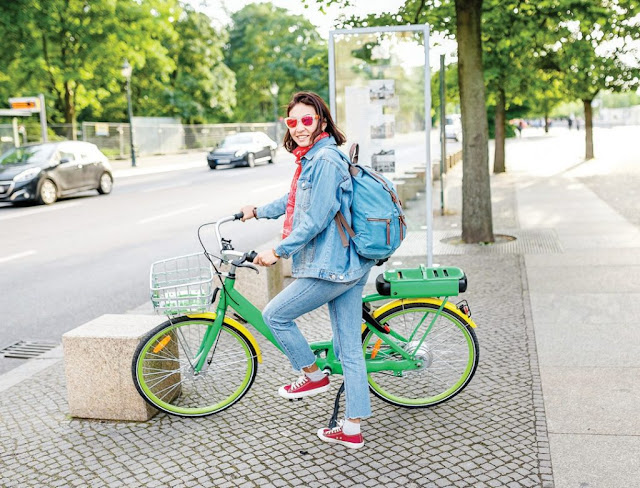 Recently the cities of Cape Coral and Fort Myers have been approached by micromobility share companies — companies that offer shared bikes or scooters — that are seeking to set up shop. As of the time of writing this column, none have moved forward nor, as far as I’ve been able to discern based on discussions at various bicycle/pedestrian planning meetings, has either municipality come up with a plan should the companies decide to ask for forgiveness rather than seek formal permission. In fact, even for those companies that would seek formal approval or a partnership with the government, none of our local governments have thus far put in place policies to regulate the businesses or their devices.

Based on what I’ve learned in researching how other communities have been affected when micromobility devices become a common part of the transportation environment, it’s imperative to have policies and ordinances in place beforehand. The companies themselves are generally multinational and have plenty of resources to fight once they’ve established a foothold in a community — think Uber and Lyft, the two primary rideshare companies that have now gotten into the micromobility business.

Whether privately owned or as part of a rental or share business, the benefits of micromobility are undeniably appealing. Fewer cars on the roads means less pollution, congestion, and perhaps even being able to delay or completely eliminate the need to add additional motor vehicle travel lanes to existing roads.

Urban area parking woes could be alleviated. Transit users might benefit by having access to these devices as part of a commute that might otherwise require additional transfers or too much walking on either end of a trip. E-bikes, in particular, could actually add years to the time bicycle use would be an option for established riders, especially when climbing hills is necessary (something that isn’t really an issue here, other than a few bridges).

And folks who simply can’t afford cars or are otherwise unable to legally drive would now have an option. As someone who has consistently promoted ways to get folks out of cars you’d think I’d be 100% behind micromobility. But perhaps because of the hyper-capitalism that is the American way, what I’m instead seeing is an industry understandably seeking to maximize its products’ presence in the market but our governments being totally unprepared to deal with the many potential negative consequences — whether predictable or unintended — they represent.

My biggest concern is the potential for injury, or worse, especially among those users when riding on sidepaths. But whether on paths or roads, our infrastructure is clearly inadequate to handle a significant increase of even human-powered bikes, never mind e-bikes and e-scooters, meaning users themselves are at risk as well.

Considering how many people don’t even know the rules and laws that apply to traditional cyclists it seems pretty risky to add electric power to the mix. And how many potential users of share program e-scooters will actually have experience with them, including knowing laws that govern their use? Pedestrians, being the most vulnerable in the traffic mix, already deal with enough hazards, including in the form of some cyclists who use space not intended for them and who have little regard for others. E-bikes and e-scooters operate silently and can travel at up to 20 mph so now the sidewalks and bikepaths will become even dicier.

Until our governments come up with policies and regulations related to micromobility, and unless these same governments put the resources necessary to make our infrastructure able to handle them, rentals and share programs should be restricted or denied. As well, sidewalks and bikepaths should remain off-limits when e-bikes and e-scooters are used under electric power.