The 2019 legislative session is underway in Tallahassee and the first step has been an encouraging one.

The Florida Legislature is once again considering whether to enact legislation to strengthen Florida’s woefully weak “texting while driving” statute, which only addresses texting and only makes a violation a secondary offense.  This year’s proposed bills are stronger than the ones considered in the past, starting with a Hands-Free free bill, restricting the use of cellphones while driving to only hand-free uses and making violations a primary offense. 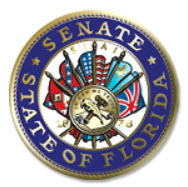 Senate action to date:
The first step in the process this year was the Feb. 19th Senate Infrastructure and Security Committee consideration of Senator Simpson's bill, SB 76.    BikeWalkLee issued an action alert urging advocates to write the Committee in support of the bill.  And BikeWalkLee sent its letter on Feb. 14th.

At the Feb. 19th Senate Committee hearing, the Committee presented a substitute bill which further strengthened SB 76, to cover all forms of distracted driving, not just cellphone use. Yes, use of hand-held cellphone and other distracted driving will be primary offense with penalties. This bill is the strongest yet to be proposed and supported by a key committee.


There were dozens of people representing a wide range of supporter organizations at the hearing to speak in support of this bill.  The Committee unanimously voted in support of SB 76 as amended. SB 76 is now known as the "Florida Driving While Distracted Law".


SB 76: bill text as approved by Senate Infrastructure Committee on Feb. 19, 2019
Link to status of bill and next steps

The next step in the Senate is for Senate Innovation, Industry, and Technology Committee to consider the bill.
House action needed:
To date, no action has been taken in the House. It’s important that the House take up this bill (HB 107), and to date, the House Transportation and Infrastructure Subcommittee has not scheduled a hearing.  Click here for BikeWalkLee's Feb. 24th letter to the House Transportation Committee. 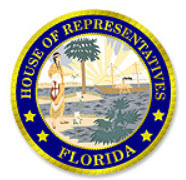 It is important for advocates to write the House Transportation Committee urging them to schedule consideration of this important legislation.  Click here to see the members of this subcommittee and how to contact them.
As the most dangerous state in the nation for pedestrians and one of the highest ranking states for traffic fatalities (based on population), 2019 must be the year that Florida begins to address the growing epidemic of distracted driving that is killing and injuring so many Floridians.
Posted by Darla at 2/23/2019 01:41:00 PM