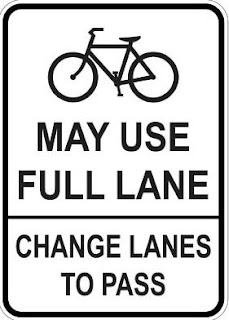 For anyone who gets around on foot, on bike and behind the wheel it’s quite easy to conclude that we clearly have a one-sided traffic environment geared toward moving drivers as quickly and efficiently as possible.

That means, of course, pedestrians and cyclists are second-class users of our transportation network. This disparity creates a dicey and inefficient situation for non-motorists that has led to our area having some of the worst overall statistics for crashes, injuries and fatalities. It’s also why Lee County is one of the most dangerous places in the country to be a pedestrian. And cyclists aren’t too far behind.

Not only do our dismal traffic crash statistics confirm this but the Dangerous by Design report (www.smartgrowthamerica.org/dangerous-by-design) further underscores the situation. Now another recent study adds credence to what many of us know: when the overall traffic environment is poor, pedestrians take more chances and use traffic controls and features less often. This isn’t a chicken-or-egg situation but rather confirms exactly what the Dangerous by Design report reveals, as expressed in its name.

The State Smart Transportation Initiative (www.ssti.us) reports that in order to get people on foot to adhere to traffic rules road designers need to consider not only the immediate walking environment (features such as sidewalks and designated crossings) but also the entire traffic safety climate of an area, an aspect where our area completely fails.

According to the abstract of “The Mediating Effect of Traffic Safety Climate Between Pedestrian Inconvenience and Pedestrian Behavior,” researchers conclude: “Pedestrians’ perceived inconvenience is an important factor that affects pedestrian behavior, and the influence of pedestrians’ perceptions of the traffic safety climate cannot be disregarded.” It’s no surprise then that pedestrians tend to break the rules and make bad judgments more often when they perceive overall traffic environment as out of control and blatantly skewed toward drivers. Poorly designed or non-existent sidewalks and motorists’ noncompliance at intersections and marked crosswalks affect people’s overall perception of traffic safety and lead them to decide to break the rules, whether for self-preservation, efficiency or both. Using the Complete Streets model can improve people’s opinions of the transportation environment and perhaps make them more compliant even if, and when, encountering minor inconveniences, not to mention an actual reduction in crashes, injuries and fatalities among all road users.

As for how this also applies to the cycling environment, too many law enforcers and even some of our court officials are still getting wrong what constitutes the safest and legal position for road-using bicyclists. I once wrote about a cyclist who was cited for illegally obstructing traffic by riding away from the right edge of the roadway. Some law enforcement officials - and, unfortunately, even some ill-informed judges - believe those on bikes who aren’t riding in the gutter are illegally impeding traffic and are being arrogant. Those of us who know how to operate safely are well within our rights to take a position as far away from the right edge/curb as necessary to discourage unsafe passing, even if it does indeed obstruct traffic, albeit legally. Yet the bias continues - in this case the judge upheld the citation.

Let me go over it again for the benefit of cyclists, drivers, law enforcers and traffic court officials: While Florida law states that a cyclist must ride “as close as practicable to the right hand curb or edge of the roadway” it also lists a number of exceptions, including “when a lane is too narrow for a bicycle and another vehicle to travel safely side by side.” (FSS 316.2065(5)). Even though the term “practicable” is open to interpretation, the fact is that any lane under 14 feet wide is considered sub-standard in terms of even an average-sized car and bike being able to safely share.

The Florida Department of Transportation states: “With the exception of a few types of high-speed, limited-access roadways (for example an Interstate Highway or the Turnpike), every FDOT travel lane is also a bikeway — no special signs or markings needed. In the state of Florida, the bicycle is considered a legal vehicle and may be operated on the street, unless there is some guidance otherwise, such as marked bicycle lane. Standard travel lanes are 12’ wide and too narrow to share, so you will need to control the lane.” (www.fdot.gov/roadway/BikePed/BikePedBF.shtm)

To further illustrate why it’s both practicable and safe to stay away from the gutter I implore everyone - but especially law enforcers and traffic court officials - to view a short video produced by CyclingSavvy (www.cyclingsavvy.org/cycling-law).

Finally, I’d like to invite readers to take part in a survey about your perception of our local cycling environment (www.peopleforbikes.org/placesforbikes-community-survey-tell-friend).

As always, you can find more about these projects and efforts at bikewalklee.blogspot.com. ¦
- Dan Moser is a long-time bicycle/pedestrian advocate and traffic safety professional who cycles, runs and walks regularly for transportation, recreation and fitness. Contact him at bikepedmoser@gmail.com and 334-6417.