Background
Even before Estero was incorporated, discussions were underway about the need make Estero Parkway safer for walkers and cyclists.  In order to ensure that Estero Parkway was redesigned as a signature project that would serve as a model street for the Village, the Council took responsibility from the County for this road, along with $2.2. million from the County towards this project.  Since 2015, the Village has been looking at various options, holding workshops, and now they are at the final decision point for the design of this important project. 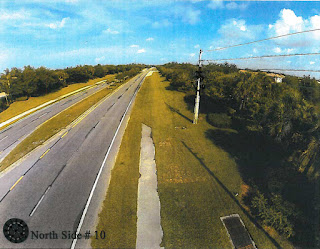 At the June 6th Village Council meeting, the Council will vote on which of two options to approve:
Option 1, which we call "Estero Highway" option--a 4-lane road with bike lanes and only a narrow sidewalk and no roundabouts.
Option 2, which we call "Estero Parkway" option--a 2-lane road with bike lanes, a shared use path, and roundabouts, i.e., a model complete street, which makes the roadway safer for ALL users.
BWL strongly supports Option 2.  This complete streets design will be much safer for all road users--pedestrians, cyclists, and drivers.  It is the best option in support of the new FDOT Complete Streets Implementation Plan and the Village's original vision of Estero Parkway as a signature project that will serve as a model street for the Village.

Below is an Action Alert sent out by the Estero Council of Community Leaders (ECCL) requesting Estero residents to read the analysis of the options, complete the survey by June 4th about which Option you prefer, and to encourage citizens to attend the Council's June 6th meeting to speak.

Note that the ECCL Board voted unanimously in favor of Option 2--the complete streets approach.


We need your opinion about
﻿how the Village should improve Estero Parkway
ECCL SURVEY
MAY 29, 2018

What’s at Stake: The Village Council will be deciding on improvements to Estero Parkway in June

What you can do: Read the comparative analysis and complete the survey, which the ECCL will present to councilmembers

When: before June 4, so we can present the information to the councilmembers before their June 6 meeting.

Last Wednesday the Village’s Estero Parkway transportation consultant briefed the Village Council on two alternative comprehensive roadway improvement options. The Council Chambers were crowded, largely by residents of the Cascades who are strongly opposed to constriction of a roundabout at their entrance.

Next week, on Wednesday June 6, the Council will conduct the first of two meetings required for them to make this important decision that will likely influence the way all Estero roadways are improved.

The ECCL Board believes that the members of the Village Council need to know which improvement option all the residents of Estero prefer inasmuch as this decision will ultimately impact traffic safety in their area as well.

Thus we ask you to review this 13 page comparative analysis of the options, complete the following survey by June 4, and click the link to forward it to us for use at the June 6th Council meeting.