Exciting to see all the work going on in Bonita Springs to make the city a friendlier (and safer) place to bike and walk. Thanks to Deputy Mayor Peter O'Flinn for writing this commentary in Spotlight Magazine. Be inspired...and get involved. 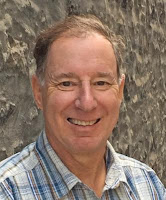 A few weeks back, a group of cyclists from around town gathered near the community pool on Terry Street. During the course of an hour-long discussion and subsequent walk along the roadway, members of the Pelican Landing and Bonita Bay bike clubs and the city’s Bicycle/Pedestrian Advisory Group shared safety ideas with design professionals from Alta Planning + Design, a national design leader engaged by the city.

The meeting place was fitting. Terry Street between US 41 and Old 41 has been selected as the city’s first priority on its new bike/pedestrian master plan.

The goal of the Terry Street project is to have something special – a transformational project to serve as a template for future improvements in town. It will include a safe, shaded pathway for recreational cyclists and pedestrians, replacing the narrow sidewalk on Terry Street’s north side. An expanded road right of way on both sides of the road is expected to allow better separation of road bicyclists and automobiles, enhancing safety for all.

Around the country, the creation of mobility infrastructures for bicyclists and pedestrians are pathways to healthy living and quality of life. It also enhances good economic development. As a result, this initiative is a city priority.

For the sake of public safety, it’s a necessity.

Florida has consistently topped the most dangerous list in the national “Dangerous by Design” report; the Fort Myers- Cape Coral metropolitan sta­tistical area has ranked as the most dangerous in Florida. Obviously, this is a designation Bonita Springs must have zero tolerance for.

After taking additional public in­put, Alta will be designing the Terry Street project this spring, with a goal of construction beginning later this year. Other priority projects include exploring the creation of a route, north of the Terry Street roundabout, so that students living in Rosemary Park can better access the middle school, and building a pathway along Terry Street east of Imperial Parkway toward the YMCA, Bonita Nature Place and Cullum’s Bonita Trail.

As we know, Bonita’s selfless volunteers are the heartbeat of kindness in town. Their efforts also ease the taxpayer burden, and the city’s bike safety initiative is no exception.

Earlier this year I mentioned to Bonita Bay’s Jim Wurster that I had just learned, a bit too late I thought, of a state grant program for bike paths. Two weeks later, Jim beat the deadline by work­ing with our public works staff, and a full grant application was submitted. When the results were announced, Bonita Springs was awarded a $200,000 state grant for the Terry Street project. Thank you, Jim Wurster.

In a presentation to the city, Alta Planning + Design showed before and after concepts depicting a new Terry Street pathway near the city’s community pool. The actual design awaits the formal process. 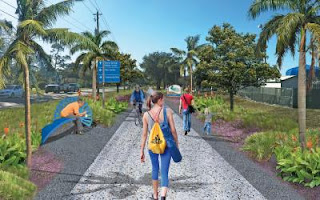 Public involvement also has proved essential to a longer-term project we are investigating with our friends in Estero – the possibility of a pathway along the railroad right of way from Bonita Beach Road to Estero Parkway. When its “Priority Trail” status recently was in jeopardy with the state of Florida, Estero Village Council member Nick Batos and I traveled to Tallahassee to advocate before the state’s Greenways and Trails Council. The council unanimously re-approved Priority Trail status, making special note of nearly 1,000 emails of support from Bonita and Estero, together with letters from Sen. Lizbeth Benacquisto and Rep. Ray Rodrigues.

The Bonita Spotlight provides this space to members of the Bonita Springs City Council for commentary on their person­al views about city matters.
Posted by Darla at 3/03/2018 02:54:00 PM