A common theme at the Nov. 21st Lee MPO Board meeting was bike/ped, with an emphasis on safety and complete streets.  Below is a report from the various actions and discussions on Friday:

Ann Pierce spoke during public comment and said, "Darla challenges all of us to embrace both accurate detail and broader views, to move beyond entrenched processes, siloed thinking and favored facts, to act always in pursuit of better governance and the long term well-being of the citizens of Lee County.  This work is offered to those with the wisdom to pick it up and use it."
2.  MPO Board approved TIGER Design/Build team for Complete Streets Initiative

Finally, the TIGER grant awarded in September 2013, is moving forward to implementation, with the major "design-build" contract being approved at Friday's Board meeting.  The award is being made to Owen Ames Kimball (OAK), with Hole Montes on the design team.  The smaller Construction Engineering Inspection (CEI) services contract was awarded to the Atkins group earlier this summer.  MPO staff will now negotiate the contract with OAK.  Construction will begin in 2016.  To read more details about this grant, click here and about the RFPs.

Last year's FDOT work plan included funds for the City of Cape Coral to develop a bike/ped master plan, consistent with the MPO's countywide bicycle pedestrian master plan adopted in 2011.  Building on the recently completed 90-mile bicycle routes system, the project will develop an inventory of needed bicycle and pedestrian facilities in Cape Coral that will help guide the implementation of those facilities. Click here to read the scope of work.  The RFP process to select a consultant team should get underway in January. 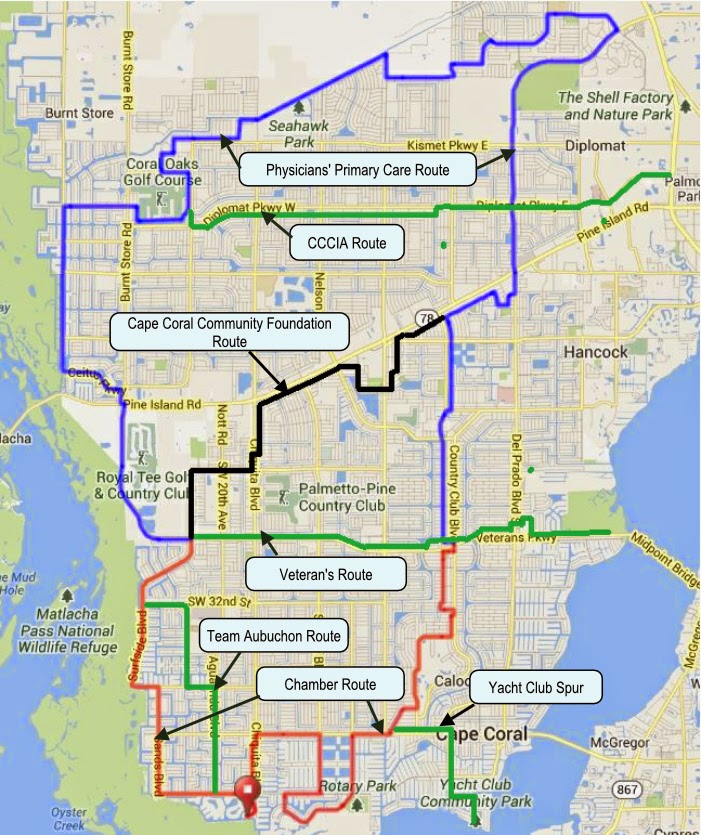 3.  Bike/Ped Injuries/Fatalities Update
MPO Staff Director Don Scott provided his monthly update to the Board on bike/ped injuries and fatalities in Lee County.  In 2014 to date, there have been 25 bike and ped fatalities--8 cyclists and 17 pedestrians.  The 8 cyclist fatalities is the highest it's been since 2005.  Don highlighted the problems with lack of sidewalks for school kids within the 2 mile walking zone.  Even if a project gets on the list for funding, actual construction is usually 5 years out, which is not an acceptable answer to concerned parents. 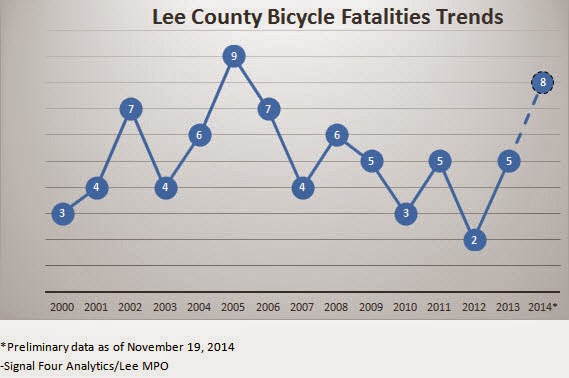 Councilman Leonardo asked staff to analyze the crash data by month to see if there is a correlation between season and non-season in terms of frequency of crashes.  Commissioner Mann expressed his concern about the high bike fatalities numbers and asked staff to review the patterns of crashes for causes so that policymakers can take appropriate action.  Commissioner Leonardo stated that we need to get local law enforcement more involved.  He recounted a case of a couple using a path on Treeline Blvd. that were hit riding a tandem by an SUV driver (with cellphone in hand) coming out of a driveway who didn't look. 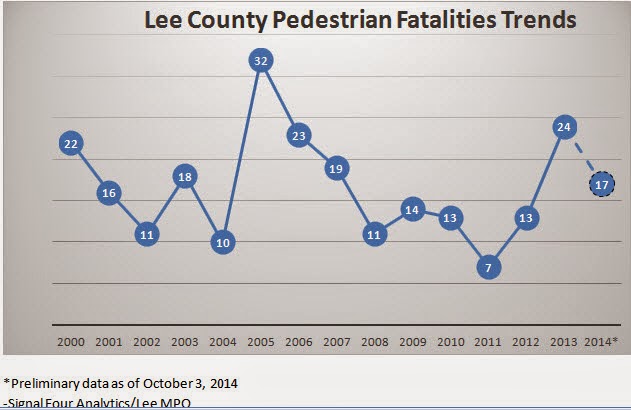 Councilman Denham asked if there was data on the increased number of cyclists and pedestrians using the county bike/ped facilities.  Don replied that the county didn't have baseline data but that it was one of the projects that would be undertaken with the TIGER grant.  Don said that Sanibel is one of the communities that actually has usage data and tracks the increases.

During public comment, BWL's Ann Pierce said, "Sadly, however, here in Lee County, we are again on track for a record deadly year, despite advocacy, despite increased awareness, despite stepped-up enforcement. And while each of these influences can be improved upon, much of the problem lies in dangerous design. It is embedded in concrete and asphalt. "Dangerous by Design", the name of the infamous report which brought this situation to everyone’s attention, is more than just a catchy title, it is our reality here in Southwest Florida."  "To quote Gil Penalosa of the “8 to 80” program and keynote speaker at last month’s statewide Transit Summit, 'We must develop a sense of urgency and strong political will to make the needed changes', Pierce said.  "Every transportation decision not matter how routine must be made with a new prioritization and we must all be bold, courageous and wise in actively confronting this massive problem, and to fully integrate transportation planning into every economic and land use decision."

See for yourself have made the situation is for kids trying to walk to school--this WINK story from Cape Coral. 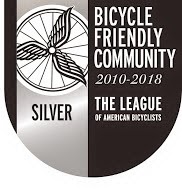 LeeTran's Wayne Gaither reported that in October, ridership (compared to ridership in October 2013) dropped by 3.29%.  While the service cuts were restored October 1, it should be noted that in comparing Oct. 2014 to Oct. 2013, Oct. 2013 was prior to the imposition of the 2013-14 cuts, which started in Nov. 2013, so a truer picture of the situation should be clearer next month.  As BikeWalkLee commented when the cuts were imposed, any reduction in services has longer term impact on the transit system as riders lose confidence in the reliability of this mode of transportation.  It may take aggressive marketing efforts as well as some time for the ridership to get back on a upward trend again.  Commissioner Mann noted that the increased fares kick in Jan. 1st, which could also affect ridership numbers.  Commissioners Leonardo suggested that LeeTran look at various routes to see where service has dropped.