January 2013 was a deadly month on Lee County roads, with 12 people losing their lives--two-thirds of them vulnerable road users!--four pedestrians, two bicyclists*, two motorcyclists, with the remaining  four being motor vehicle fatalities.  These twelve people who will never return home all because of poor choices on someone’s part.  Why the spike in fatalities--last January there were 4 fatalities, 8 less than this year?  Why are vulnerable road users disproportionately represented?

As BWL's Dan Moser said in today's News-Press story, "We have become a society of drivers who drive however we want.  It's a lot of bad decisions made by a lot of people....it's up to drivers to change the culture of aggressive driving and speeding..drivers need to be more aware of pedestrians and bicyclists...they're the ones driving the killing machine."

Below are links to news stories over the past 2 weeks about fatalities on our roadways and related safety issues, with overview of all 12 fatalities in 2/3 News-Press story:

2/3 News-Press:  Lee County traffic: One month, 12 deaths.
Article includes interviews with BWL's Dan Moser, Jay Anderson SAJD, and Debbie Tower FDOT, with strong message for road users, esp. drivers.  Includes list and info on all 12 fatalities (*Note: it is our understanding that the 12th fatality in the Cape still under investigation is a cyclist so it's been included in our totals that way, although not official yet.)


2/5:   In-depth article about efforts underway in FMB to calm traffic and make it safer for pedestrians.

Cross at your own risk on Fort Myers Beach

1/29: The first of many changes is being made on Fort Myers Beach in order to make it safer for pedestrians. 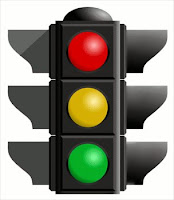 1/17:  fatal motorcycle crash in Lehigh this morning.
Speed, alcohol a factor in crash that killed Lehigh Acres motorcyclist, injured another

2/2:  Cyclist seriously injured in Naples gets ticket for failing to be in crosswalk!