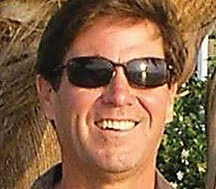 At a meeting of community partners working to reduce our area’s collective girth, a local physician reported that up to 80 percent of America’s health care expenditures can be attributed to obesity related conditions. I thought noting this statistic at the beginning of my column might help put things in perspective as I relate my story.

One of the primary reasons I began running and renewed cycling when I was in my early 20s was a realization that my fitness level — and thus my physique — was heading in the wrong direction. As a kid who was always skinny and active, I never thought I’d have to worry about being fat and out of shape. But it was beginning to look like it would happen.

I was taking a nutrition class at Edison Community College as I entered the local running scene and was assigned a book to read and a popular weight-loss diet to report upon. The book was “Fit or Fat” by Covert Bailey. The diet I chose was based on a concept that appeared to be a dream come true for any young person: a fast-food diet. Both of these assignments had a lasting effect on me.

“Fit or Fat,” now a classic that has spawned many follow-up publications, made it very clear that unless one burns more calories than ingested, weight gain is inevitable. Food choices and exercise are vital aspects of overall health. Nothing earth-shattering, to say the least. The fast-food diet was no more surprising either.

As the saying goes, “If it sounds too good to be true, it probably is.” According to the diet’s author, the trick to a fast-food diet is limiting yourself to only a very few items on any menu and limiting the portions. Almost none of the recommendations were what a true fast-food lover would consider adequate. When I presented my oral report in front of the class, my fellow students were expecting to hear about a diet they might actually consider. Instead, my classmates were just as disappointed as I was reading the book. One might as well join Weight- Watchers, or worse yet,make a lifestyle change that included exercise and better food and portion choices. Both are options, but neither was appealing to any of us.

I admit to frequently straying from Bailey’s “Fit or Fat” principles, especially in the food portion aspect, but the overall lessons still stick with me. As for my diet book report, I eventually quit eating at any fast-food establishments more than a decade ago, due in part to what I read back then and what I’ve since learned about the quality and source of food from these places. Like so many others, I’m in a constant battle to maintain my ideal weight, but being addicted to exercise and shunning “burger world” makes it easier than it otherwise would be to at least stay within striking distance of my weight goal. It helps immensely that Maria, my wife, exercises even more than I do. She also eats right, a habit that benefits us both.

I’m not telling my story merely to go on about my personal experience but rather to point out that we all have our reasons and motivations for anything we do. Over the next few columns I’ll be focusing on the initiative being undertaken locally to get us back to being a healthy community (it wasn’t until around 1990 that we really began a precipitous downhill decline). I’ll be seeking feedback about what you think might work for a community effort like this and what works for you.

— Dan Moser is a league cycling instructor/trainer and program manager for the Florida Bicycle Association who cycles, runs and walks regularly for transportation, recreation and fitness. Contact him at dan@floridabicycle.org or 334-6417.
Posted by Darla at 7/18/2010 10:39:00 AM