Not this coming weekend, but the one after that, we’ll all have a chance to “fall back” again due to the departure of Daylight Saving Time.

And if you’re thinking that doesn’t sound quite right… well, you’re right (sort of).

During the last legislative session in Tallahassee, lawmakers in both houses overwhelmingly approved what was called the “Sunshine Protection Act” – basically leaving Daylight Saving Time in place year-round. Gov. Rick Scott signed the bill, and it became law in July.

Except the Legislature doesn’t have the authority to do any of that.

You see, DST is a federal thing, first instituted in 1918 supposedly as a wartime way of lessening energy needs by keeping daylight lighter longer. The country went back and forth on the concept, finally adopting it for good during the energy crisis of the 1970s… except, of course, those exceptions such as Arizona and Hawaii that steadfastly stay on the same time.

So states can vote all they want to adjust (or not adjust) their clocks, but only Congress can actually act to enact such measures. And, so far, this Congress has not – although Sen. Marco Rubio has filed two bills to save DST, one for Florida only and the other for the entire country, which have yet to win a hearing on the Hill. 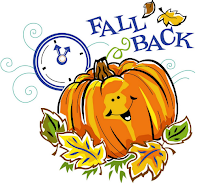 So, come 2 a.m. on Sunday, Nov. 4, we’ll be falling back once more – disruptive, to be certain, but at least less so than springing ahead next march.

So what does this have to do with biking, running and walking? Plenty, if you do any of that outdoors.

Tinkering with the sun’s timing is usually a zero-sum game – for everyone who gains by getting more light at one end of the day, someone else loses when the sun disappears sooner that it did before.

For those whose time is not their own thanks to jobs and other commitments, it’s even more of an issue. Like to go for a run before you head to work? An earlier sunrise can be your friend. How about a bike ride after work? When sunset jumps forward by an hour, you either dig out the lights or leave the bike in the garage.

It can also have a very real impact on other whose schedules can’t adjust when the clocks do. It’s particularly difficult on students who either wait for the bus by the side of the road in the morning or walk home from the bus stop in the afternoon – because doing either of those in the dark or even dusk adds danger to the beginning or end of their school day.

Either way the clock shifts, someone’s safety is at risk – which should be a warning to drivers to keep a sharper eye after the time change as everyone adjusts to the different light and time conditions. Unfortunately, we live by the clock and stay safe by the sun – so when the two re-adjust their daily routine, bad things can happen.

Research has ruled out some of the presumed benefits to DST… in fact, in subtropical areas such as ours, having sun later in the day can increase energy use as we run the A/C longer to keep cool. And most of the world does not bother with springing forward nor falling back, just sticking with the same old time all year long.

So is permanent DST a good idea? Who knows… and, unless Congress does something to change it, who cares? We’re stuck with the time shifts we have no choice but to get used to – which is a lot easier falling back than springing ahead

So ask most people their opinion on Nov. 4, and they’ll be happy for the “extra” hour. Wait until March 10 next year (when DST returns) and you’ll probably get a very different answer.


Ready to ride or run?

Run?  Any holiday is a good excuse for a race, and Halloween is no exception: There will be themed 5Ks this Saturday at Babcock Ranch and Fleischmann Park in Naples (3dracinginc.com and gcrunner.org respectively), plus the annual F.I.S.H. 10K on Sanibel (ftmyerstrackclub.com) and a Run for Recess 5K at Diplomat Elementary in Cape Coral (runsignup.com). Another elementary school run follows on Nov. 3 at Villas Elementary in Fort Myers (runsignup.com).

Ride? The Cape Coral Critical Mass amasses tomorrow (Friday) night at the SWF Military Museum, followed by the Saturday Slow Roll in downtown Fort Myers the next morning. The following Friday (Nov. 2) brings the original Critical Mass rise in downtown Fort Myers. Lights are required for the night rides and helmets are recommended for all; details at meetup.com. This weekend also brings the annual Tour de Northport on Sunday, with 15-, 35- and 65-mile rides planned (caloosarider.org). The Gulf Coast Cyclefest rides in the following weekend, with 104-, 79-, 63-, 35- or 20-mile routes starting at Lakewood Ranch, Sarasota (caloosariders.org or active.com). You can also join the no-drop Wakey, Wakey! Sunday morning ride leaving from Fort Myers Trek. The ride is sanctioned by the Caloosa Riders Bicycle Club, so helmets are required, no ear buds, and no aero bar use while in the group.

Both? Upcoming events include:

TELL US ABOUT YOUR RIDE:

Have a favorite route you like to bike, or a unique walk you’d like to share with others? Tell us about it at info@bikewalklee.org, and maybe we can feature it in an upcoming column.


Ken Gooderham writes this on behalf of BikeWalkLee, a community coalition raising public awareness and advocating for complete streets in Lee County — streets that are designed, built, operated and maintained for safe and convenient travel for all users: pedestrians, bicyclists, motorists, and transit riders of all ages and abilities. Information, statistics and background online at www.BikeWalkLee.org.