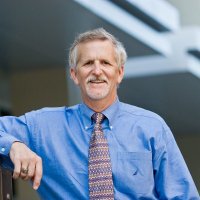 Billy Hattaway (FDOT District 1 Secretary) gave an excellent presentation at Friday's MPO meeting about FDOT's new safety initiative focused on bike/ped.  Lee County is one of top 10 areas that will be targeted in this campaign.

At the Jan. 18, 2013 Lee MPO Board meeting, FDOT District 1 Secretary, Billy Hattaway, made an excellent presentation about several safety initiatives underway at FDOT, with primary focus on vulnerable road users--pedestrians, cyclists.  Secretary Hattaway was charged by FDOT Secretary Prasad to lead a statewide effort to reduce bicycle and pedestrian injuries and fatalities in Florida.  FDOT has launched a comprehensive effort, targeting the top 10 most dangerous areas in Florida.  Lee County is among the top 10 areas that are being targeted.  [List of 10 targeted areas:
Miami-Dade, Palm Beach, Broward, Orange. Volusia, Hillsborough, Pinellas, Duval, Lee and Polk.]

Secretary Hattaway said that FDOT will be looking at all existing crash data in those 10 targeted counties/cities and identifying "hot spot" areas; meeting with stakeholders; developing safety action plans; and conducting pedestrian road safety audit training of trainers.  As part of the FDOT focus in those communities, they are launching a local pedestrian awareness campaign called "Alert Today, Alive Tomorrow..Safety Doesn't Happen By Accident", with a focus on educating the public.  This public awareness campaign has already been launched in the Miami and Tampa areas.

Hattaway outlined some of the factors that contribute to an environment which is not supportive for pedestrians and cyclists, which range from land use patterns, school board policies, speed, to road width.  He discussed tools that can be used to address these problems and emphasized the importance of context in determining the best tool to use in a given location or circumstance.  While FDOT is working on the design side of the issue, they need support from local communities on education and enforcement.  He mentioned that he would be talking to BikeWalkLee about gaining its support for FDOT's planned April launch of the "Alert Today, Alive Tomorrow" public awareness campaign in Lee County.

Several Board members raised specific pedestrian safety problem areas during the discussion.  Commissioner Mann closed the discussion by saying Hattaway's presentation was one of the best to come to the Board in a long time.

During public comment at the beginning of the meeting, BikeWalkLee's Darla Letourneau spoke about the importance of this FDOT safety initiative and thanked Secretary Hattaway for taking the time to make this presentation to Board.  There is great potential for improvements in safety through the linking the work happening at the state level with the safety action plan being developed by the Lee MPO.  Letourneau stated that the MPO project is off to a great start, emphasizing the importance of participation by all the stakeholders, including each of the jurisdictions in the county.  She asked Board members to give it a high priority in their city or agency.

Letourneau also noted that BikeWalkLee would be speaking to the Lee Legislative Delegation at their annual meeting on Jan. 29th, urging them to enact legislation this session to ban texting while driving.  Fort Myers Councilman Tom Leonardo requested that we draft a letter in support of this proposal that the MPO Board could send to our State Legislative Delegation.